HOW TO ASK FOR A LETTER OF RECOMMENDATION 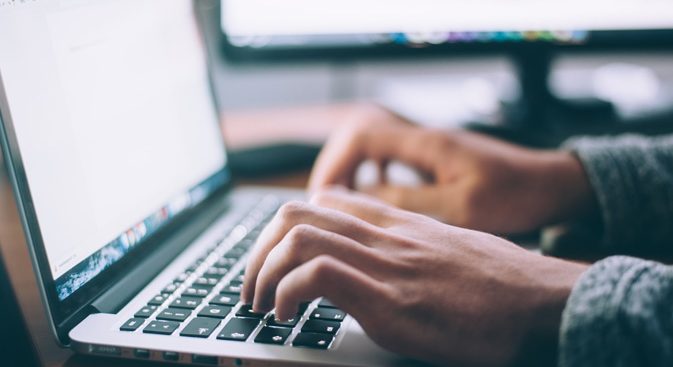 HOW TO ASK FOR A LETTER OF RECOMMENDATION

How to Ask for a Letter of Recommendation

Asking for a letter of recommendation typically involves some key steps. These involve deciding who to ask for a reference letter, the request itself and most importantly, thanking that person for taking the time to provide that reference.

Who Should you Ask for a Letter of Recommendation?

When deciding who you should ask for a letter of recommendation, it is important that you think about those you have worked closely with who can attest to your skills and habits. When reading a recommendation, potential employers will want to see a bit of an insight into how you work, this can be difficult if you ask for a recommendation from someone who does not know much about you.

How Should you Ask for a Recommendation?

To start with, if you know you will need the letter of recommendation by a certain date, make sure that you ask in plenty of time. A good rule of thumb is to allow for a few weeks to allow your referee the time to write the letter of recommendation and to send it over. As someone who may share an industry with you, it is quite likely that they will be busy with work commitments and their own lives so may not be inclined to give you a reference if they feel they are being rushed.

What do I Need to Include When Asking for a Letter of Recommendation?

When asking for a letter of recommendation, it is important to include all of the information needed for someone to create an informed letter. You should include things such as what you are currently doing, perhaps a copy of your most recent CV, the role you are applying for, what skills and qualities you have that you hope will make you the perfect fit and when you would need the letter of recommendation by. It may also help to note a particular time or project you both worked on which you enjoyed.

How to Ask for a Recommendation on Linkedin

With the world of work constantly changing and adapting, one new addition that seems here to stay is the use of Linkedin for networking and checking out potential employees online. Linkedin can be a fantastic place to share endorsements for skills and recommendations from those you have worked with. When moving on to new opportunities, one way to use your past experiences is to ask for a recommendation on Linkedin. This can be a quick and simple way for colleagues to offer their recommendations on their own terms without the formality of a letter of recommendation.

Thank Everyone Who Sent you a Letter of Recommendation

One of the most important things when asking for a letter of recommendation is to ensure you have thanked those who have taken the time to put together the letter for you. Apart from being polite, this is important to reinforce industry links and uphold a level of professionalism. Not thanking those who have taken the time to recommend you almost certainly means that they will not be as willing to endorse you in the future.

We use cookies on our website to give you the most relevant experience by remembering your preferences and repeat visits. By clicking “Accept All”, you consent to the use of ALL the cookies. However, you may visit "Cookie Settings" to provide a controlled consent.
Cookie SettingsAccept All
Manage consent

This website uses cookies to improve your experience while you navigate through the website. Out of these, the cookies that are categorized as necessary are stored on your browser as they are essential for the working of basic functionalities of the website. We also use third-party cookies that help us analyze and understand how you use this website. These cookies will be stored in your browser only with your consent. You also have the option to opt-out of these cookies. But opting out of some of these cookies may affect your browsing experience.
Necessary Always Enabled
Necessary cookies are absolutely essential for the website to function properly. These cookies ensure basic functionalities and security features of the website, anonymously.
Functional
Functional cookies help to perform certain functionalities like sharing the content of the website on social media platforms, collect feedbacks, and other third-party features.
Performance
Performance cookies are used to understand and analyze the key performance indexes of the website which helps in delivering a better user experience for the visitors.
Analytics
Analytical cookies are used to understand how visitors interact with the website. These cookies help provide information on metrics the number of visitors, bounce rate, traffic source, etc.
Advertisement
Advertisement cookies are used to provide visitors with relevant ads and marketing campaigns. These cookies track visitors across websites and collect information to provide customized ads.
Others
Other uncategorized cookies are those that are being analyzed and have not been classified into a category as yet.
SAVE & ACCEPT
Unit 13 • Stafford Park 12Telford • ShropshireTF3 3BJT: 01952 263973enquiries@shawthorpe.co.uk
Services
RecruitmentSectorsJob VacanciesCV'sHuman ResourcesSupport & AdviceFree Health Check
Links
About UsCase StudiesNews & BlogContact UsQuality PolicyPrivacy PolicySitemap
Follow Us
© Shawthorpe Recruitment all rights reserved
designed by nutcracker